The Guinness Book of Records lists him as the most prolific film producer with over 150 films. Government of India conferred him with the Padmabhushan and the Dadasaheb Phalke Award for a lifetime of contribution to Indian cinema. Andhra Pradesh knows him as a Member of Parliament and a philanthropist who never forgot his roots. India knows him as the man from Karamchedu, who helped bring the film industry to Hyderabad. But for every cine-goer he is simply Dr. D Ramanaidu - the filmmaker who gave Indian cinema some of its finest artists, technicians and memorable films. With a career spanning more than half a century, Padmabhushan, Dr. D. Ramanaidu fashioned a unique and distinguished production style and he was widely regarded as one of South Indian cinema's most significant and charismatic filmmakers.

From extremely humble beginnings, he went on to become one of the greatest success stories of his generation. Padmabhushan, Dr. D. Ramanaidu, a legendary filmmaker from South India, he remains an inspiration for every young filmmaker in the country. One of the most prolific film producers with over 150 films to his credit, he gave Indian cinema some of its finest actors, technicians and most memorable films.

In recognition of his contribution to Telugu cinema, Dr. D. Ramanaidu was awarded the third highest Civilian Award –  ‘The Padmabhushan’, by the President of India Shri Pranab Mukherjee on the Republic Day, 26th January 2013. For his outstanding contribution to Indian cinema, he was conferred the Dada Saheb Phalke award in 2009 at the 57th National Film Awards.

He won the Guinness Book of World Records in 1999 and the Limca Book of Records in 1998 for producing the maximum number of films in over 13 different languages. Dr. D. Ramanaidu received the Indira Gandhi Priyadarshini Award for his exceptional contribution to the Indian Film Industry.  He also received the honorary doctorate from Sri Venkateshwara University, Tirupati.

Dr. D. Ramanaidu served as a Member of Parliament in the 13th Lok Sabha, from the Bapatla Constituency in Andhra Pradesh. He served as Committee Member for External Affairs and also in the Ministry of Information and Broadcasting. And he was responsible for evolving policies, strategies and missions for several development projects.

He was born on the 6th of June 1936, into an agricultural family in Karamchedu, a village in the Prakasam district of Andhra Pradesh. He graduated from Presidency College, Chennai and started a career in the rice-mill and transport business. He then moved to Chennai in 1962 to expand his business into real estate. However, in 1963, he co-produced his first film ‘Anuragam’. The film’s critical success inspired him to produce the superhit ‘Ramudu Bheemudu’ with the legendary NT Rama Rao. Some of his most notable works include ‘Prem Nagar’, ‘Sri Krishna Tulabharam’, ‘Ahana Pellanta’, ‘Indrudu Chandrudu’, ‘Bobbili Raja’ and many more.

Many of his films received national and international awards as they reflected the changing social ethos. He always maintained a perfect blend of mainstream and parallel cinema. A pioneering force in the South Indian film industry, he understood the rapidly growing industry requirements and initiated shifting of the Telugu film industry to Hyderabad from Chennai with the help of the AP State Government in 1983. He produced, processed, edited, printed and distributed all his films on his own. And he continued to develop state of the art film infrastructure at Ramanaidu Studios in Hyderabad and in Vizag.

Until the early 70s he confined himself to Telugu cinema. In 1971, he produced ‘Prem Nagar’, starring Akkineni Nageshwar Rao and Vanisri. The film went onto become a blockbuster and its success prompted him to remake the film in Tamil with the iconic Sivaji Ganeshan as ‘Vasantha Maligai’ and in Hindi with the super star Rajesh Khanna as ‘Prem Nagar’.

Dr. D. Ramanaidu also played several cameo and important roles in films as well. He essayed a full-length role in the Telugu film ‘Hope’. The film dealt with educational stress among teenage students and won the award for Best Film on Social Issues in 2007 at the 54th National Film Awards.

An ardent philanthropist, he setup the Ramanaidu Charitable Trust to support hospitals, shelters for homeless and aged, schools, colleges, polytechnic institutes, sports centers and cultural centers across Andhra Pradesh and Telangana. The trust also supports families of the brave men and women in the Armed Forces and Police Services.

The Ramanaidu Film School was initiated in 2007 to create a professional educational and training system capable of meeting the rapidly growing demands of the Telugu Film Industry. In alliance with the Jawaharlal Nehru Fine Arts University, Ramanaidu Film School provides postgraduate courses in direction, screenwriting, cinematography and acting.

He firmly believed in his family as a constitution. Married to Ms. Rajeshwari he had 3 children. Although his sons handled the company operations, Dr. D. Ramanaidu continued to produce films and keenly followed changing trends in the industry. His elder son Suresh Babu is a very successful producer who developed Suresh Productions into one of India’s largest integrated production powerhouses. His younger son Venkatesh, acted in many of his successful films like ‘Bobbili Raja’, ‘Anari’, ’Preminchukundaam Raa’, ‘Jayam Manade Raa’, ’Kalisundam Raa’, ‘Malleshwari’, ‘Tulasi’, ‘Namo Venkatesa’, ‘Drishyam’, ‘Gopala Gopala’ and many more. Rana Daggubati, his grandson, is a National award winning filmmaker and Digital Post entrepreneur, as well as a successful star in Telugu, Tamil and Hindi films. Naga Chaitanya his 2nd grandson from his daughter Lakshmi is also an extremely popular star in Telugu films.

With a career spanning more than half a century, Dr. D. Ramanaidu fashioned a unique and distinguished production style and he was widely regarded as one of South Indian cinema’s most significant and charismatic filmmakers. Padmabhushan, Dr. D. Ramanaidu.

Suresh Babu feels that as Rana is already shouldering the ‘acting (on-screen)’ legacy of Daggubati family, Abhiram should look after their production house, Suresh productions and Ramanaidu studio, and thus step into his shoes .

Abhiram has already been working in the production department for the last couple of years so Suresh Babu wants him to continue the same instead of trying his hand at acting where most star kids have failed to meet the expectations. 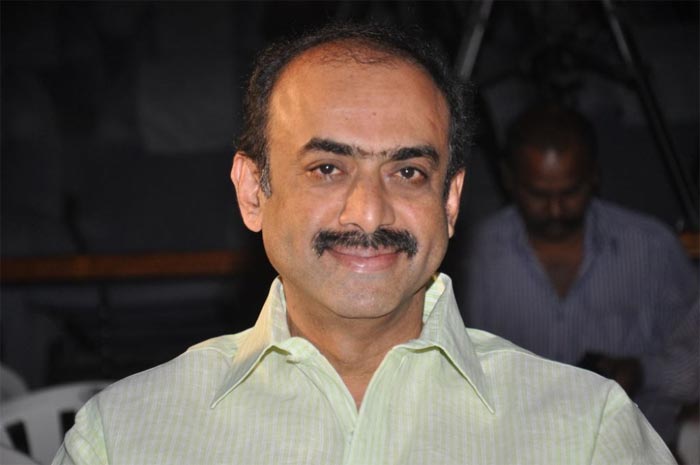 Suresh Babu, Managing Director, Suresh Productions, a Mechanical Engineer from the University of Michigan, began his film career in the early 80’s with the Telugu film ‘Devatha’. He was instrumental in shifting the Telugu film industry to Hyderabad. Having produced several successful feature films, he continues to add to his growing repertoire.

He established Suresh Productions, one of India’s largest integrated production powerhouses as producers, distributors, exhibitors, digital post facilities, animation and gaming studios. With around 400 theatres in the country, SP has upgraded cine-viewing experience by adapting to the latest that technology and Digital Cinema can offer in their theatres. As a distributor alone, SP has exhibited over 1500 blockbuster films.

A pioneering force in the South Indian film industry, Suresh Babu’s greater gift is the ability to evolve with rapidly growing technology. He also has a keen interest in other industries and has expanded into ventures such as infrastructure & real estate development, materials and food processing.

Suresh Babu’s father, Dr. D Ramanaidu, an illustrious filmmaker and producer gave Indian cinema some of its finest artists, technicians and made some of India’s most memorable films. As Director on the board of Suresh Productions, superstar Venkatesh, brother of Suresh Babu, one of Telugu cinema’s finest actors is extremely active in the creative processes. Rana Daggubati, his son, is a National award winning filmmaker, Digital Post entrepreneur, and a successful actor in Telugu, Tamil and Hindi films.

Venkatesh, popularly known as ‘Victory Venkatesh’ and is one of Telugu cinema’s most successful actors. With a career spanning 25 years and over 62 films to his credit, Venkatesh has received several national and state awards for his critically acclaimed performances.

As Director on the Board of Suresh Productions, Venkatesh is extremely active in the creative processes. He became an actor in Telugu films with his debut film ‘Kaliyuga Pandavulu’ in 1986. This film also gave him his first Nandi award, a rare accomplishment for an actor on debut. He won 7 Nandi awards, 4 Filmfare awards and many others awards as best actor for playing a variety of challenging roles in his career. 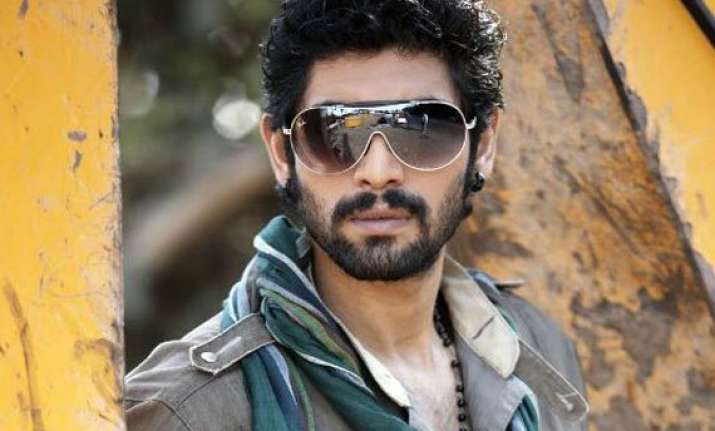 Grandson of Padmabhushan, Dr. D. Ramanaidu, son of producer D. Suresh Babu, and nephew to Telugu superstar Venkatesh, Rana Daggubati made a sensational debut as the lead actor in the political thriller ‘Leader’ in the year 2010. Having inherited a passion for cinema from his family, in 2006, Rana’s first film as a Producer “A Belly full of Dreams” won him the National Award for best film.

Rana hopes to carry on the family legacy, not just behind the camera but in front of it as well. His current film the magnum opus 'Baahubali', directed by the India's ace director SS Rajamouli has become one of India’s most successful film globally. He starred in the critically acclaimed period drama 'Rudhramadevi' directed by the eclectic Gunasekhar. He also starred alongside Akshay Kumar and Anupam Kher in the super hit Hindi film ‘Baby’ directed by Neeraj Pandey.